This chapter describes how to install and run JBoss, how to set environment variables, how to bind IP addresses, and the directory structure of Jboss.

Because JBoss is an application that is certified by the Java EE 6 Standard, JDK 1.6 to later must be installed to use JBoss.

JDK 1.7 was used in the test environment.

To install JBoss, download the package of the corresponding version from the JBoss homepage. (http://www.jboss.org/jbossas/downloads)
After downloading the package, unzip it using a compression tool in the Windows environment, and unzip command in the Unix environment.

In this document, jboss-6.1.0.Final directory created by unpacking is named JBOSS_HOME. JBoss installs is completed by unzipping the package, and it can be run after configuring the JDK.

How to set JDK in Windows environment is as follows, and select one of two methods to set it. 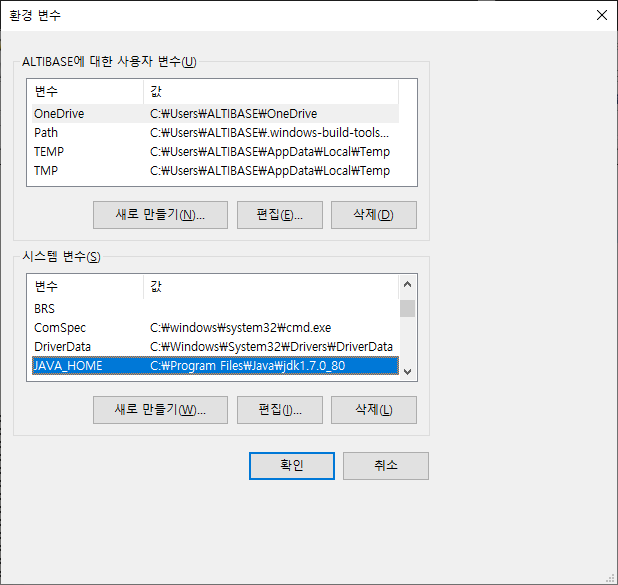 How to set JDK in the Unix environment is as follows, and select one of four methods to set it.

When JBoss is installed, the following directories are created.

JBoss can be started by installing JBoss and configuring JDK.

By accessing the Administration Console with an admin account (password: admin), the user can operate the currently running JBoss. 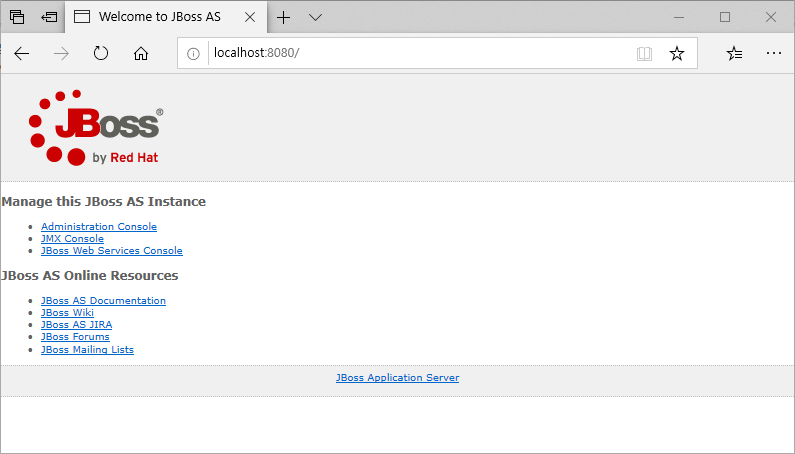 To shut down JBoss, execute the JBOSS_HOME/bin/shutdown.sh or shutdown.bat script.

Considerations when running and shutting down JBoss

When starting JBoss and shutting it down, these are some of the considerations.

Error due to port duplication while running

However, if this port is being used by another program, the following error occurs when starting JBoss, so it is necessary to change the port.

To change the JBoss default port, modify the connector port in the JBOSS_HOME/server/default/deploy/jbossweb.sar/server.xml file.