This document describes how to set up various development tools using the ODBC Driver in Altibase development in the Windows environment.

This document is based on Altibase version 6.5.1 and Windows 10.

Before the development, the ODBC Driver provided by Altibase must be installed. This can be downloaded from http://support.altibase.com/en/.

Go to http://support.altibase.com/en/, then "Downloads" → "Products" to download Windows ODBC files for each version. (Supports up to Altibase version 6.5.1) 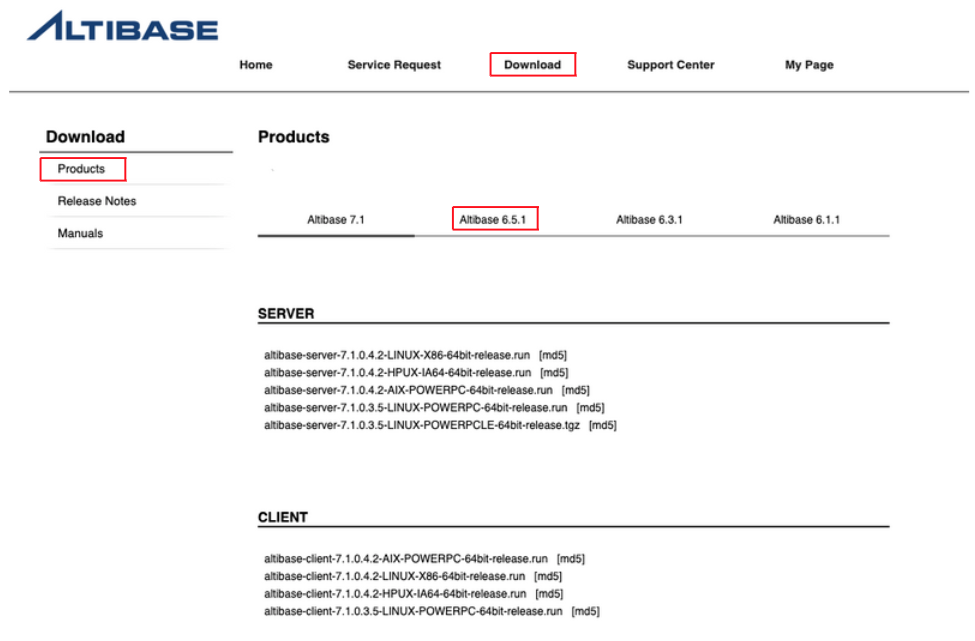 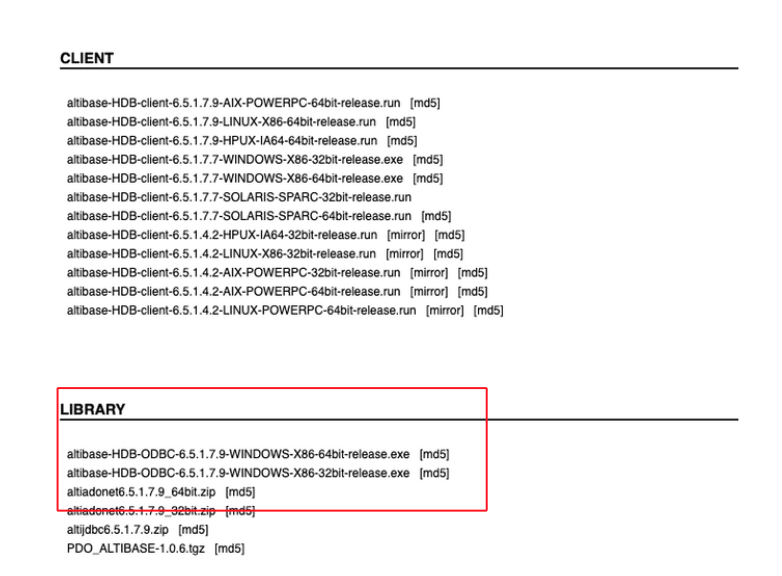 When installing for the first time, download and install the WINDOWS CLIENT package.

Since there is no complicated process when installing the WINDOW CLIENT package, this document will not describe it separately.

When installing WINDOWS CLIENT, the ODBC installation screen appears as shown below. 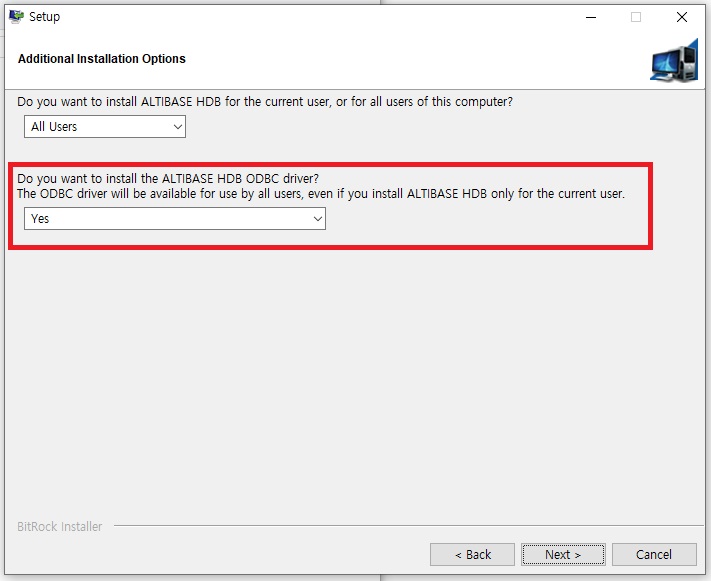 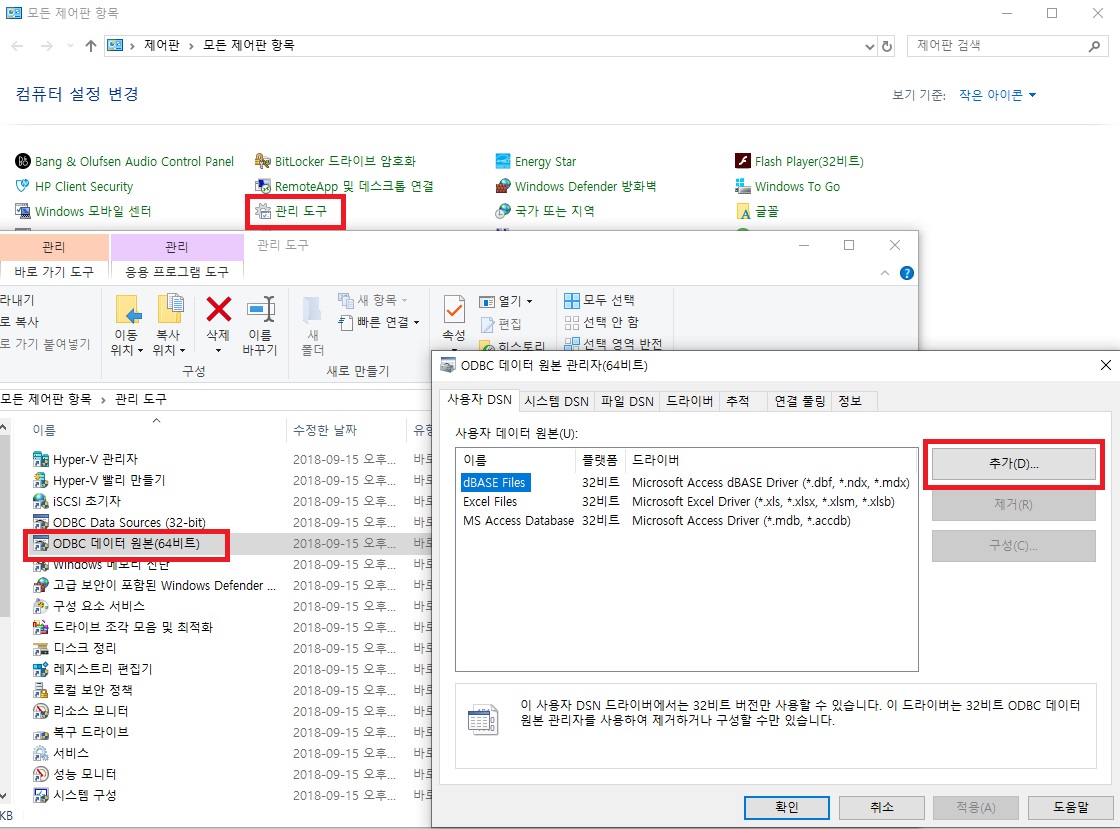 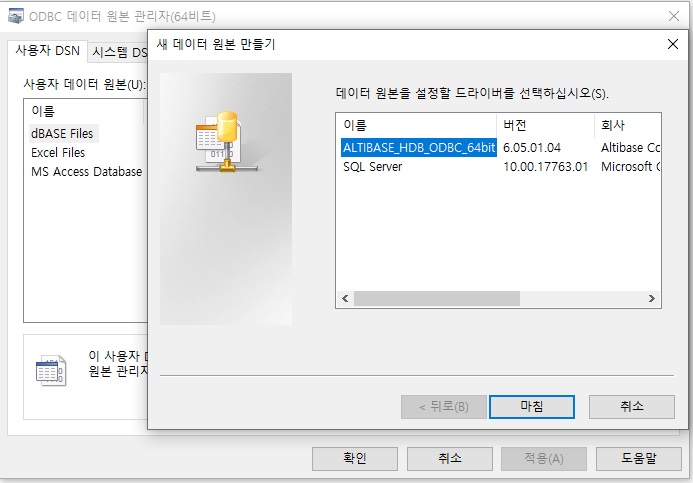 When the following DB connection setting screen appears, enter the setting value for the connection. 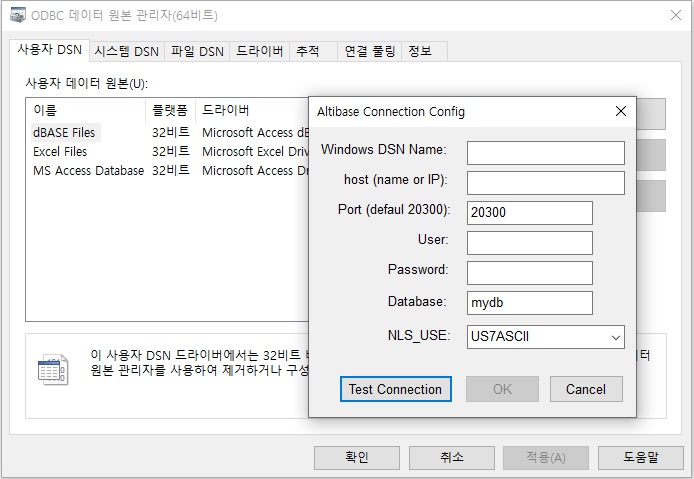 If the user clicks the "Test Connection" button after entering each item, the user can check the connection to the Altibase Driver with ODBC Driver. (Altibase DB Server must be running.)

If this is properly set, the user can check the newly added ODBC items as follows. 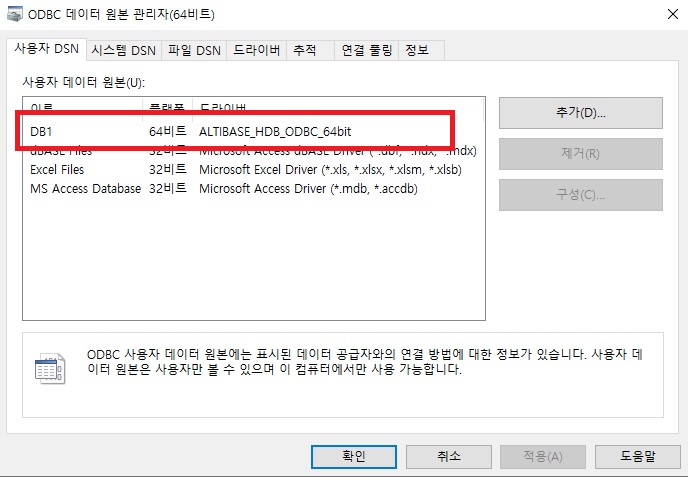 When connecting to the Altibase DB server with ODBC driver, separate source conversion is not required, and ODBC connection strings need to be changed in the connection part.

In a program using the ODBC Driver, the connection string is used as follows.

The path marked in red is used as a keyword, and the part marked in blue can be used after changing the value according to the connection information of the Altibase DB Server to be connected and the ODBC version.

A simple connection example in Visual Basic is as follows. In the example below, it is implemented as a source that connects to a DB and gets the current date and time. (The same applies when using ADO objects).

In the case of Altibase, if LOB data type is used, it can be used after changing the connection information to Non-AutoCommit.

If not, NULL for LOB data type is brought when retrieving, or the following error occurs when insert/update time.

With the following example of C# source, the user can see the process of inserting/selecting a BLOB data type into a table.

The example of BLOB insert is an example of changing the connection information to Non-AutoCommit and inserting data as described above while the DB is connected.

The used “blob” variable is declared as Byte[] type.

The example of BLOB select is an example that declares a Byte[] variable through a function called BINARY_LENGTH provided by Altibase to find out the length of a BLOB data type, saves data in the variable, and creates a file.